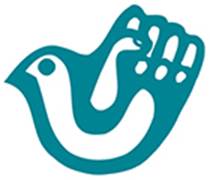 CALL TO ACTION
Stop the War with Russia over Ukraine!

We must act now to stop the war with Russia over Ukraine, a war that would risk becoming a dangerous conflict between nuclear states. As people residing in the United States, we have a special responsibility to call upon the U.S. government to:

— Stop the war with Russia

— Stop sending weapons to Ukraine and the European Union

— Resolve the current conflict within the United Nations Security Council

— De-escalate the threat of a nuclear war

Once again, our world is facing an imminent threat of war between two major nuclear powers. As in the past, the United States is using the North Atlantic Treaty Organization (NATO) as the vehicle to wage war in clear violation of international law and the Charter of United Nations.

The Biden administration is currently flying $200 million worth of weapons and other “lethal aid” to Ukraine and has 8,500 US troops on standby to enter that country. ‘Nonessential’ U.S. diplomatic personnel and their families are being withdrawn from the country. The corporate media is lockstep in its portrayal of Russia as the enemy who is about to invade Ukraine. These actions constitute a de facto declaration of war, while the corporate media fan the flame of war.

This current escalation of aggression against Russia through expansion of NATO’s presence into Ukraine is a serious threat to world peace and requires a unified and rapid response by anti-war organizations to stop a major war.

To that end, we, the undersigned groups, have agreed to support a day of action on February 5, 2022, with our demands on the United States government.

On the week of January 30 to February 5, we will hold visibility actions by holding signs and banners in well-trafficked areas such as major intersections or highway overpasses that raise awareness of this urgent crisis and urge the President to stop the war with Russia.

On the afternoon of February 5, we will gather online for a national rally to demonstrate the breadth of opposition to war. During the rally, photos of the morning visibility actions will be shared.

— Task Force on the Americas

— Women’s International League for Peace and Freedom – US